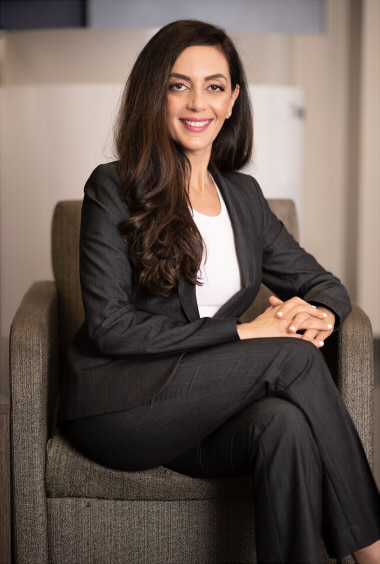 Negin Yamini has always wanted to assist those who have been charged with committing criminal offenses. To Negin Yamini, there is no better profession than being able to defend the criminally accused in a court of law. Negin Yamini knows first hand the devastating effects drug use and abuse has on American families which is the number one cause of the majority of persons being in prison today. The United States possesses about 5% of the World’s population yet we house about 25% of the World’s prison population. The United States locks up more people faster than any other Country on earth. We can’t be all bad. It’s obvious incarceration is not the answer in this country if wThere were countless people coming to court for criminal court arraignment on the most trivial of charges such as drinking in public, trespassing, etc... There was one Judge in Div. 80 of the Central Arraignment Courts who would routinely dismiss drunk in public charges telling each and every defendant “I know it’s common to cool down in the City of Los Angeles with a beer every now and then, but it is illegal to do so in public. However, I will dismiss this case. Please do not drink in public again.” Of course this is not the way to resolve all criminal issues in California but I am just using this as an example of some incidents not having to have been charged at all.

Petition’s for Dismissal also known as expungements afford the criminally convicted of a way to dismiss any past charges that may now prevent them from gainful employment or even termination from an existing job. What the expungement process does is effectively go back in time to before the defendant was convicted and dismisses the case. Thus, leaving the once convicted the opportunity to state truthfully on any subsequent application for employment that they have never been convicted of any crime. Caveat: some applications ask to list any convictions even those that were expunged. In that circumstance, one must list any criminal conviction even though it was expunged.

There are many lawyers who advertise that they will file your Petition for Dismissal on your behalf. When you hire me, I file it the day you retain me. I know how important it is for you to have a clean record so I file it immediately. Call me today for a free consultation.